According to the US Centers for Disease Control and Prevention (‘CDC’) in Atlanta, it’s pretty scary. How scary?

“On any given day, about one in 25 hospital patients has at least one healthcare-associated infection.” (Anon. 2016)

This is the USA, a large population, so how are we doing in the Cayman Islands?

According to a report from Cayman News Service:

“The George Town hospital has confirmed that it has dealt with some 32 cases of the hospital super-bug MRSA over the last two years. But officials told CNS that the HSA is tackling the super-bug and an infection control surveillance system has been in place since 1990 to identify and track all incidences of hospital acquired infections, which includes MRSA” (Ledger, 2015)

Additionally there have been cases of Tuberculosis:

“Since 2010 there have been 23 confirmed cases of TB here. Twenty-one were pulmonary and two were extra pulmonary, and impacted eight different nationalities.” (Ledger, 2015)

A quick internet search does not lead to any national survey results for our three islands, so we probably don’t really know the depth of the issue. However, what we do know is enough to say all health care facilities should be working deliberately and consistently to eradicate these superbugs.

England is no better. According to studies done in conjunction with the National Health Services out of the UK:

The guidance provided by the CDC is:

“Steps can be taken to control and prevent HAIs in a variety of settings. Research shows that when healthcare facilities, care teams, and individual doctors and nurses, are aware of infection problems and take specific steps to prevent them, rates of some targeted HAIs (e.g., CLABSI) can decrease by more than 70 percent.” (Anon. 2016)

There is also a part that you, as a patient can play. 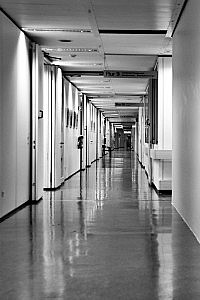 Ask about the relevance of hospital borne infections in your facility of choice. Ask if your facility has infections control policies in place and are they revised regularly and applied consistently. The easiest things a patient can do is remind all health care providers to wash their hands before they touch you.

Health care facilities and practitioners, while you handle a pretty tough load day to day, have you updated your policies on infection control and trained your staff? Do you monitor any improvements for efficacy? Have you personally researched the latest concerns?

If the CDC is right and we can improve these incidences by 70 percent, then let’s get started! Let’s add on to our current efforts and stop this train. At Cayman Healthcare Consulting, we will be glad to help you with your policy writing and staff training.